At the weekend, I got this dinosaur set called Dinosaur DNA. 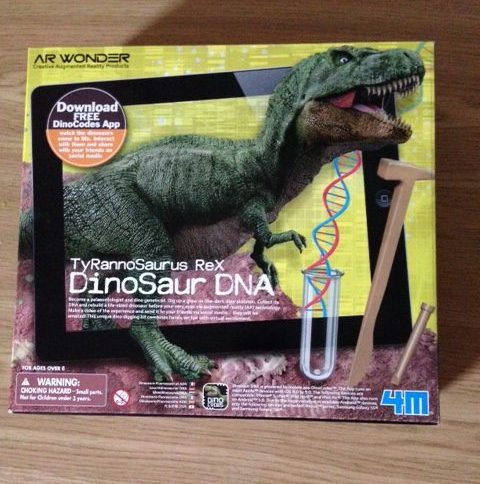 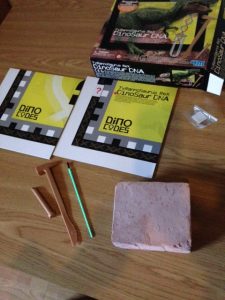 I had to excavate a plaster block, which contained dinosaur bones and DNA stickers.

Once excavated, I had to put the bones together to create a T-Rex. 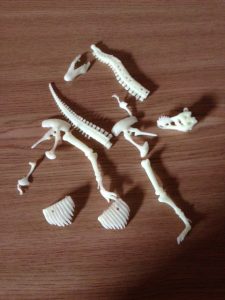 The skeleton glows in the dark. 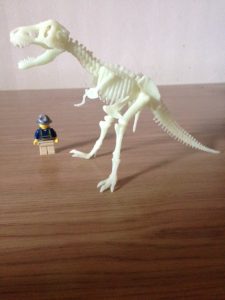 dinosaur skeleton about to eat up archaeologist lego man

Then I had two A R play mats and I had to stick the DNA stickers over the question marks. After that, I had to download the app called Dino Codes and scan the play mats, one features the set’s dinosaur and the other is a mysterious scene, mine were a volcano and a T-Rex. 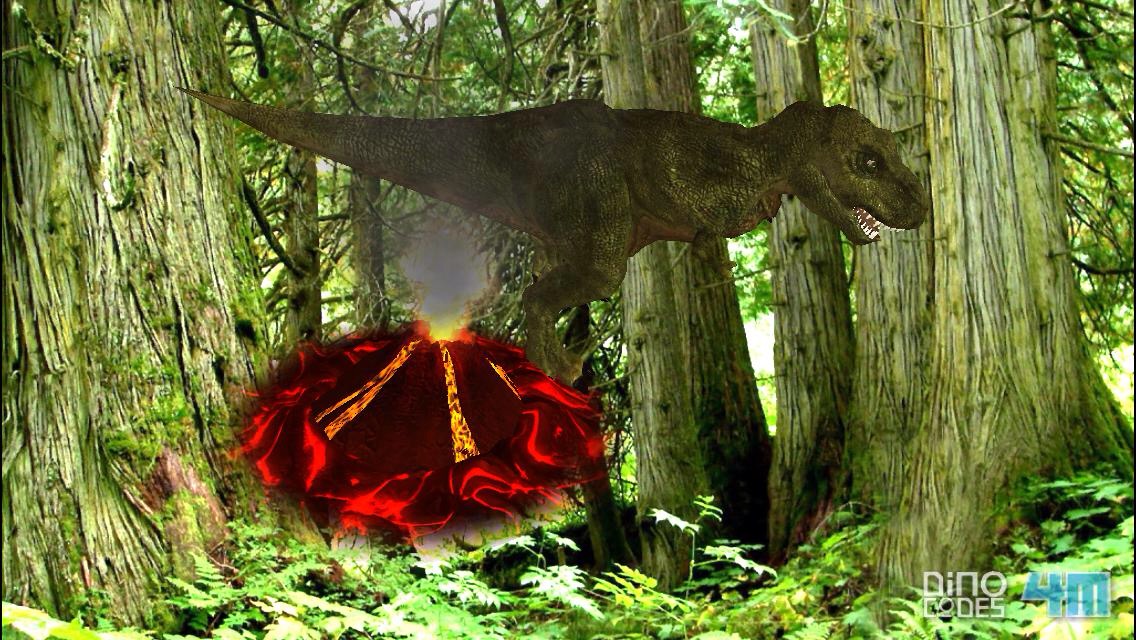 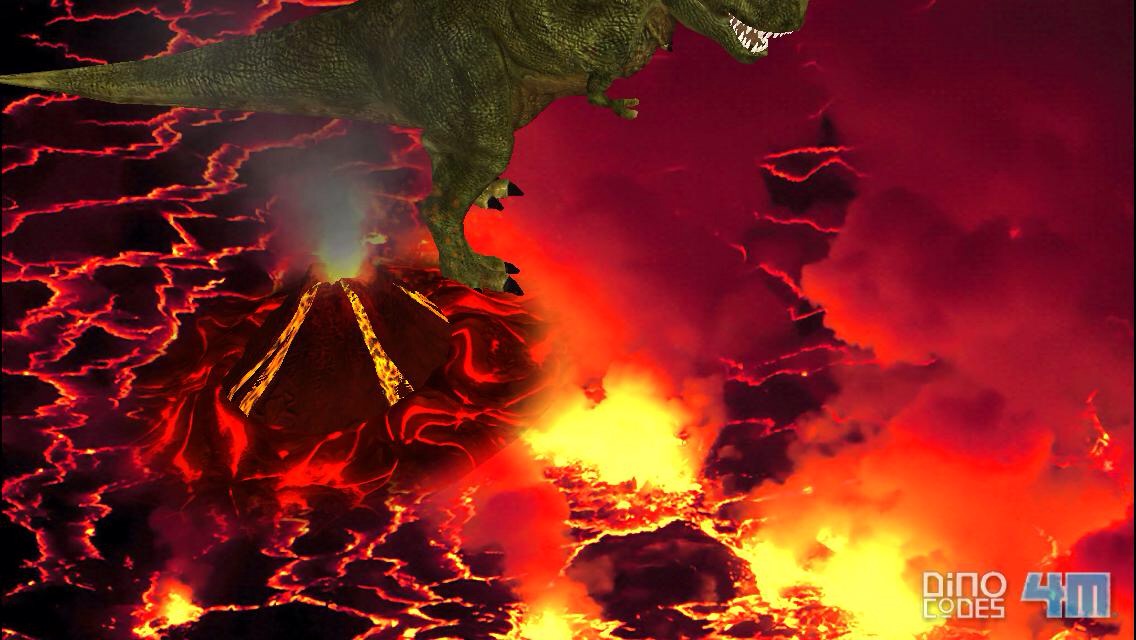 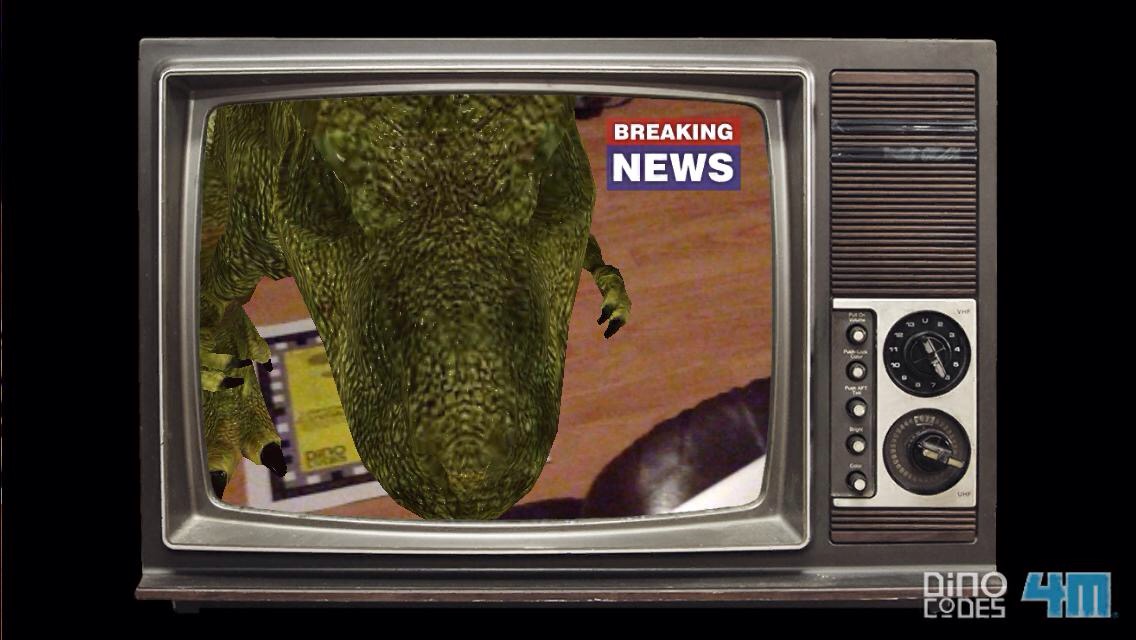 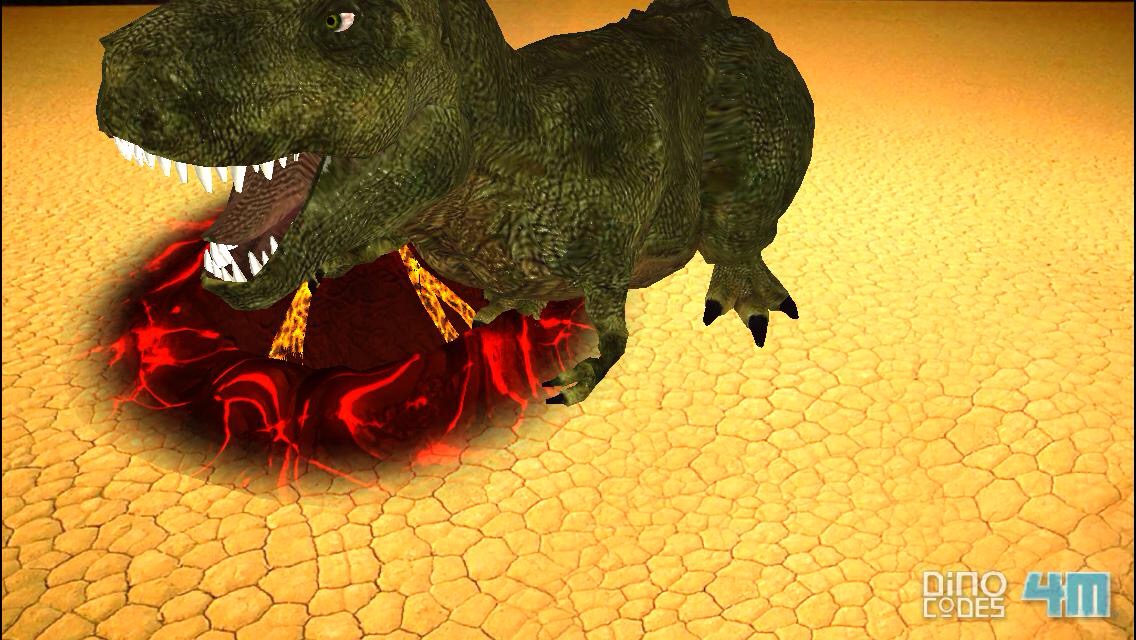 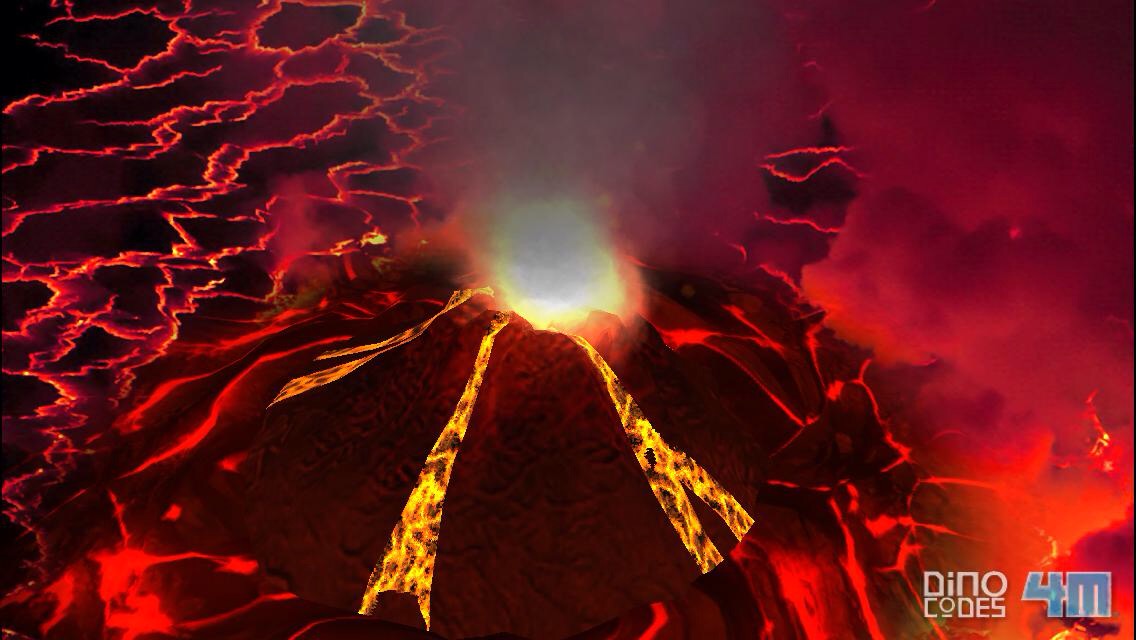 It was amazing and I would love to get the other two sets.