In the holidays we went to Laser Quest at the Trafford Centre and we had to pick a name, I chose Darth Vader. We had Laser Guns and  we wore packs which looked like vests they had targets on them. We got 10 points for zapping ⚡️ someone, if someone shot you, you would lose points. 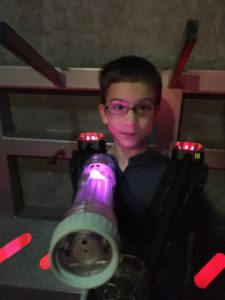 We were split into two teams. We were on the red team and had to shoot the blue team. There were ramps and hiding places everywhere. The red team (us) won with 8576 points. The game was half an hour long and we had to walk round in the dark shooting the blues whilst trying not to get shot ourselves.

After that I did some rock climbing, the wall kept moving and slanting so it was like climbing Mount Kilimanjaro, it was hard to keep up but I climbed 2.9 metres high. 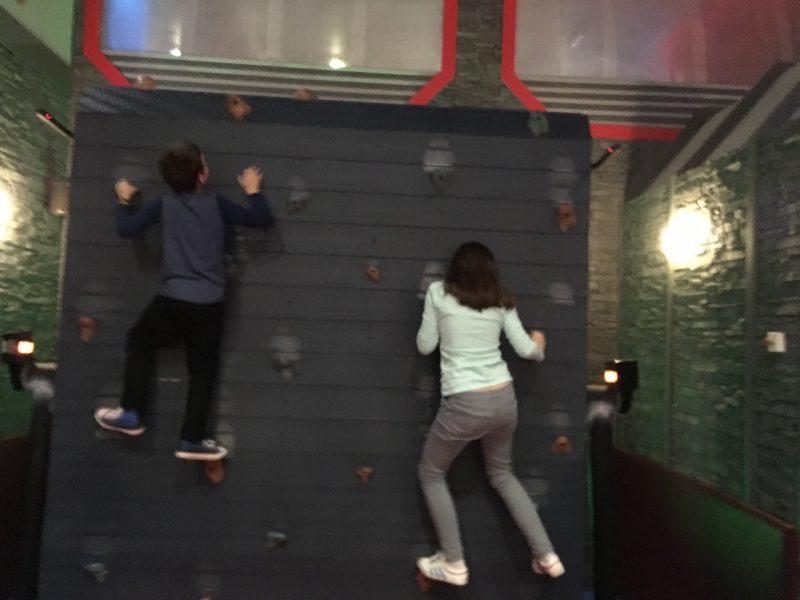 Then we played Laser Quest again and I was on the red team again. We had to shoot a target before we could zap someone. Red won again with 9978 points.

I would love to go again, it was so much fun.

5 comments on “My Amazing Laser Quest Adventure” so far